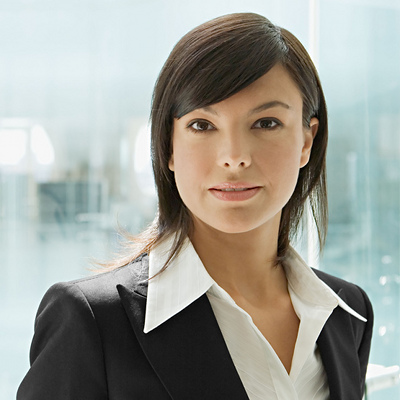 She is 31 years old, single, outspoken and very bright. She studied philosophy. As a student, she was deeply concerned with issues of discrimination and social justice, and also participated in anti-nuclear demonstrations.

Which is more likely?

You're quite unlikeDon't worry, you're like85% of people who got it wrong. 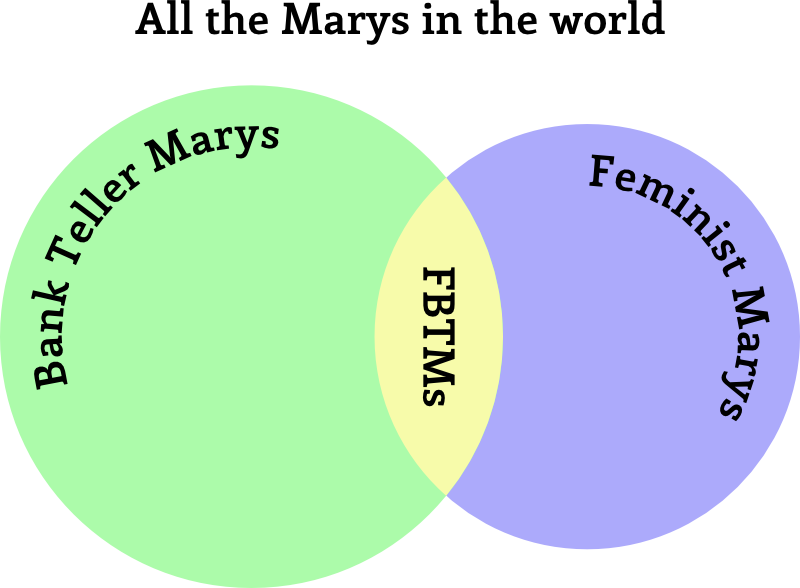 In the worst, and extremely unlikely, case, all the bank teller Marys in the world are feminist, in which case A and B are just as likely, but this doesn't really validate answering B.

This is a Cognitive Illusion—something which the human brain instantly sees as one way, even though it's really another way. It's like an optical illusion without the optical. (Well that's an excuse to insert an optical illusion if ever there was one:) 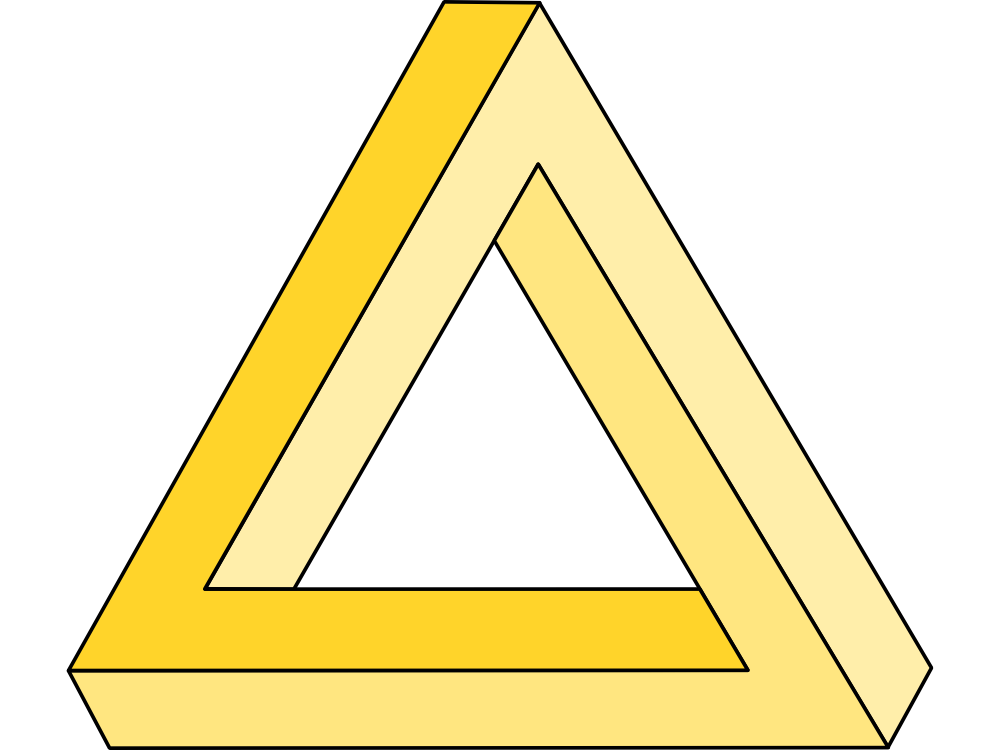 The particular cognitive illusion here with Mary is known as representativity bias; that is, we are highly biased towards believing what sounds representative of a person/thing is true, to the point that we can ignore statistical impossibilities with our judgements. Mary's background makes her sound very representative of being a feminist, so we find it easier to believe that it is true.

The psychologists Kahneman & Tversky investigated all these biases and tried to measure how much of an effect they have on our behaviour. It is their 1983 paper where Mary comes from—although I changed her name from Linda.

As they went on in the paper they tried to eliminate the bias in multiple ways. Further to the questions above, they discovered that even if they presented subjects with the following options:

…most people still rated B as more likely than A, even though the mistake is ‘transparent’. I'm sure you would have been able to see it that time though!

“So what?”, you might say, “people don't lose out if they guess about Mary being a feminist in the real world”. And you'd be right. The examination of the representativity bias in a simple questionnaire for undergraduate students doesn't tell us much. It doesn't say anything about a real life situation, and maybe these students will have learned better by the time they do anything in the ‘real world’.

But here's the (almost literally) killer part to Kahneman & Tversky paper—they showed it even applies to Doctors. They did this by setting them a test to examine their diagnostic capabilities:

A 55-year-old woman had pulmonary embolism documented angiographically 10 days after a cholecystectomy.

Please rank order the following in terms of the probability that they will be among the conditions experienced by patient (use 1 for the most likely and 6 for the least likely).

Naturally, the patient could experience more than one of these conditions.

No I have no idea what any of those diagnoses mean, maybe you do, but you can see the bias test is still there; A includes hemiparesis, which alone is D. So mathematically D is more likely than A.

Yet an average of 91% of the Harvard postgraduates in their test made the mistake, even though they were making judgements based on ‘Clinical Experience’. This result is a little worrying—Doctors could be treating patients for symptoms that seem more likely, even though they statistically are not, putting patients under unnecessary risks of side-effects.

One might hope for a simple solution to the problems that this and other Cognitive Illusions create—perhaps a more rigid statistical training can help one avoid making them, or by learning all the biases you might avoid them. However Kahneman presents a mildly pessimistic outlook in his book (Thinking, Fast and Slow1); he argues that the thought processes that produce illogical judgements are sub-conscious and cannot ever be fully overcome because they are so automatic. He does offer hope though by stating that the best we can do to avoid them is to become educated on their existence, so it will be less likely that we make them in vital situations where we are already paying attention.

I thoroughly enjoyed reading Kahneman's book, and strongly recommend it. It is highly informative, and definitely shifted my view of how thinking works. It's also a lot more entertaining than the ‘free education’ you can get by reading the Wikipedia Article List of Cognitive Biases3, but maybe you want to start there.

An in-depth coverage of 30 years of work in psychology, Kahneman takes you through the biases that he and his collaborator Tversky discovered in a well-flowing narrative. Highly recommended reading.

Extensional Versus Intuitive Reasoning: The Conjunction Fallacy in Probability Judgment by Kahneman & Tversky (1983)

The original paper featuring experiment after experiment where the duo investigated, and tried to eliminate, the representativity bias.

Find out more about Cognitive Illusions/Biases for free by reading Wikipedia's summaries.