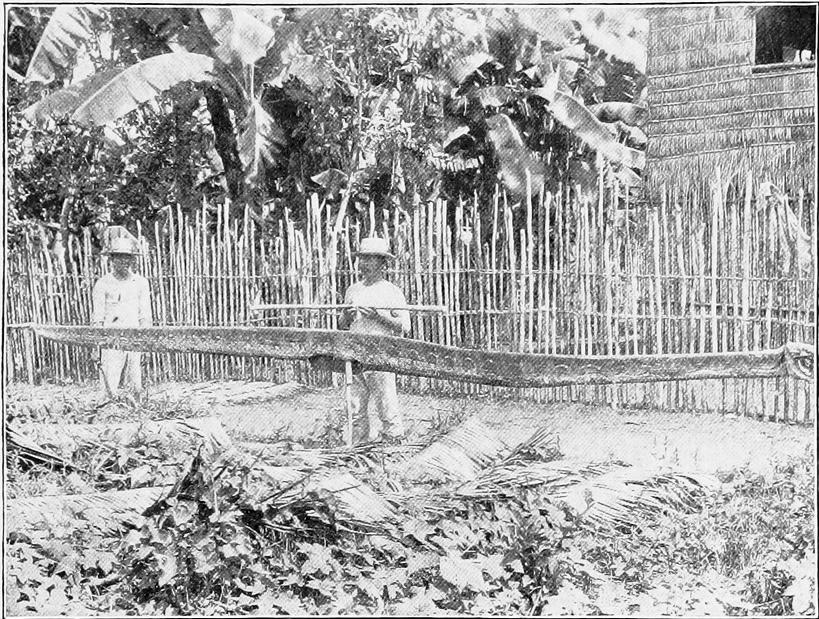 Update (2019-03-22) I'm pretty sure this is quite out of date and I no longer do it myself. Still it might help you, also see the nbconvert docs for guidance and this blog post by Clare Duvallet.

My last blog post was written in IPython notebook, and my blog is in Jekyll. Here’s how I hooked the two up.

First, I started by writing the first draft of the post in IPython notebook. You can do that by firing up the notebook server with:

This lets you use the web interface to write up your post. Sections may be code, which is run by IPython and its output sent back, or markdown. It looks a bit like this: 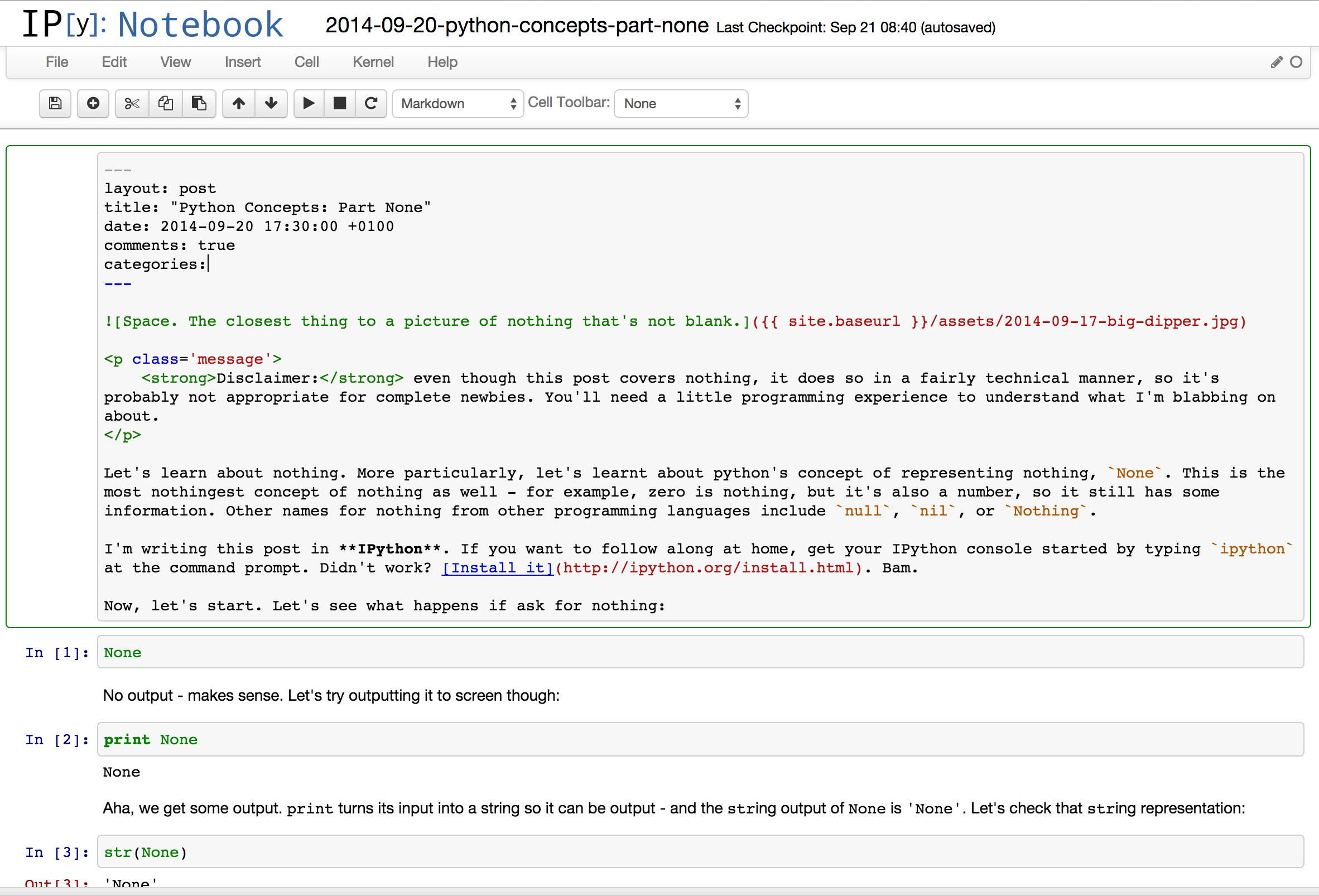 Once I had a bit of a notebook, I wanted to convert it to jekylly markdown. There’s an ipython command for this - having saved the notebook, run:

This would probably work well for most posts. However, since I was trying to write a follow-along interactive session, I wanted the IPython In [1]: and Out[1]: prompts left in and highlighted correctly, which isn’t what nbconvert does.

How should I solve this, but hack away?

The first thing I discovered is that .ipynb files are stored in the json format, something like this:

Brilliant. I can get at the cells in the notebook easily, and I can already see that for markdown cells the text is stored line-by-line in a list called source - won’t be hard to convert that at all. The next step was to fire up IPython and load that json:

That worked well. After a little more inspection I figured out how the notebook stored code with input and output as well as the different output_type options, for example:

Within a few minutes I had my first version of ipynb_to_jekyll.py ready from running little snippets in the shell to figure how it should work, then copy-pasting them into a longer script. The full script is available on my github repo of useful scripts.

Running ipynb_to_jekyll.py some-notebook.ipynb creates/overwrites the relevant some-notebook.markdown file. I put everything in the notebook, including the jekyll YAML header (which is valid markdown too), and then just run this to create the post.

I had to tweak Jekyll here too. By default, it converts everything in your _drafts and _posts folders into posts - regardless of extension. So by putting the .ipynb file in there ready for converting, it generated gobbledegook json posts. Luckily, you can just edit config.yml to set:

And it forgets about them.

The next thing was highlighting. Jekyll is using Pygments’ pygmentize command to add syntax highlighting to code blocks, and IPython’s nbconvert library contains some extra lexers for properly highlighting the IPython prompts:

However, pygmentize can’t actually see them by default. A little google gave me [this package] (https://bitbucket.org/sanguineturtle/pygments-ipython-console/), but it was a little out of date, so I forked and updated it. And now, my code is highlighted correctly!

The last thing to figure out was auto-rebuilding. Great that I could convert, but I wanted to hit save in the notebook editor and see it appear as a post seconds later. Luckily there is a great utility fswatch that can help us set up a pipeline:

A quick walk through the arguments:

So now I have three terminal tabs open for just a simple blogpost:

A bit complex, but it works! Maybe I’ll simplify it one day with an overarching runner such as Grunt - but then again, if it ain’t broke…